Traditional dance and drama in Indonesia reflect the centuries old cultural heritage and rich ethnic diversity of the Indonesian people, and remain an integral part of Indonesian life.

In September 2015, an extensive collection of traditional Indonesian dance costumes, props and accessories (Javanese, Balinese, Sudanese and Papuan) was generously donated to the Yale Southeast Asia Studies Council by Ms. Linda Lett of Temple Hills, Maryland.  The costumes were collected by Ms. Lett’s late husband, Eddy Nugroho Sandjaja, an Indonesian language and dance instructor at the Indonesian Embassy and the Carlos Rosario International Public Charter School in Washington DC.  The collection includes over 500 items, which are being sorted, cleaned and inventoried.  The costumes will provide opportunities for enriching teaching and learning in the classroom, as well as performances and collaborations with the Indonesian community in Connecticut. 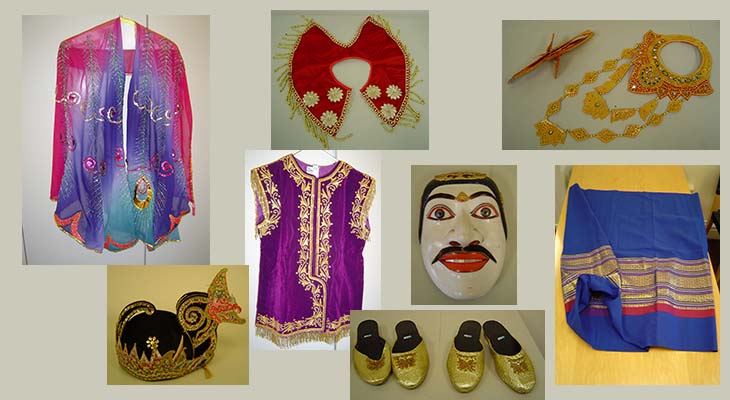 Eddy Nugroho Sandjaja was born in Purworejo, Indonesia, Central Java on December 15, 1949.  He was raised by his grandparents.  As a young child Eddy loved to attend the performances of the traditional Javanese dances.  He wanted to learn to dance, but this was frowned upon by his grandparents.   He must have known that dance was in his soul so he began to sneak out of his house to attend dance lessons.

Once Eddy left home to attend Sanata Dharma University he became very active in the dance troupe which performed at the Royal Palace in Yogyakarta.  While earning a bachelor’s degree in English Literature, Eddy began to learn about dances from all the 27 Indonesian provinces.  .  .  .  After completing a master’s degree, Eddy began teaching Bahasa Javanese to visiting graduate students from Cornell University.  With the support of Cornell Professor John Wolfe, he eventually received a graduate teaching assistantship at Ohio University, where he earned masters degrees in Linguistics and International affairs.  After graduation Eddy was hired by the Indonesian Embassy in Washington, DC to work in the Education and Cultural Division.  Eddy taught dance at the Embassy and often performed himself.  He also began teaching Bahasa Indonesia to American diplomats, working both for a private language school and the Foreign Service Institute.  .  .

Eddy married Linda Lett on November 7, 1985.  He began teaching English as a Second Language to students in D.C. Public Schools and a public Charter School.  No matter where Eddy taught he always fostered Indonesian culture by teaching dance and performing at the Embassy, International festivals, and for private occasions.   His wife, Linda supported the performances by helping with the costumes and makeup.

Eddy and Linda spent 6 summers during their 27 year marriage traveling around Indonesia.  Much of these travels were spent finding dance troupes and locating people who could make dance costumes.  Eddy acquired a vast number of costumes and cultural items which were used for performances in the Washington, DC area.

Eddy died on March 10, 2014.  Eddy had always made one thing perfectly clear, he loved dance and his costume collection.  He wanted his collection to go to a university that would use the costumes and teach students about the wonderful cultures of Indonesia.   - Linda Lett 2016

It is with much gratitude that the Council on Southeast Asia Studies at Yale accepted the collection and looks forward to carrying out Eddy’s wishes. 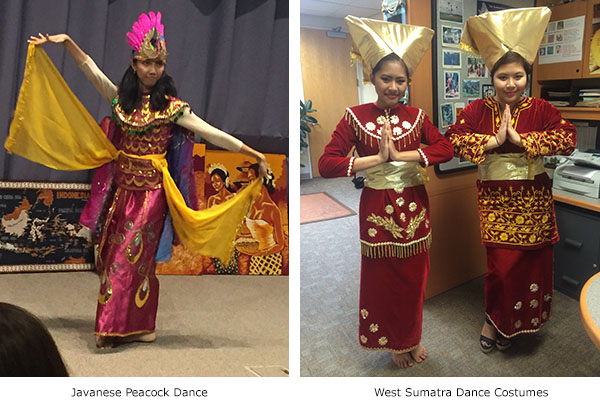